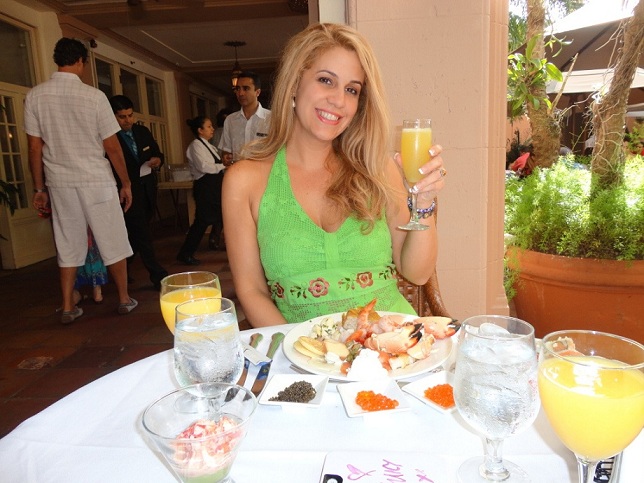 Guess what time it is? 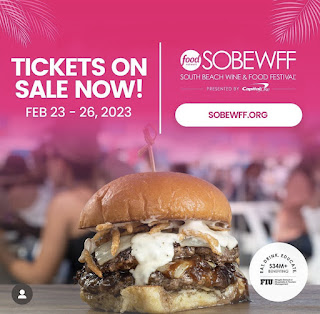 The Festival kicks off on Thursday, February 23 with iconic chef, restaurateur, television personality and cookbook author, Emeril Lagasse, as he hosts the 16th annual Burger Bash presented by Schweid & Sons® with a special performance by Grammy-nominated country music group, Midland.

Sprawling several blocks on the sands of South Beach, the Festival’s two iconic open-air tasting tents – North Venue and Grand Tasting Village – return to showcase the nation’s most talented chefs and lifestyle personalities who are supported by more than 1,200 student volunteers from Florida International University. Events include:

From Overtown to Wynwood to Hallandale Beach and the Miami Design District in between, the Festival has curated a series of events to showcase the vibrant local cuisine and culture of these neighborhoods and the profoundly important role they have had in shaping the South Florida of today. Event highlights:

There is nothing like the Magic City by day and the Festival put together a sensational line-up of brunches and lunches to shine a light on the bright and vivacious scene. Those looking to shop and dine should snag seats at the Bal Harbour Shops ACCESS: Fashion Show & Luncheon hosted by Geoffrey and Margaret Zakarian which will feature a fashion show presented by Balmain, the Parisian Fashion House. Two-time James Beard Award winner Mashama Bailey will take over the Festival’s headquarter hotel, Loews Miami Beach, to host Our Sunday Table: Brunch with The Grey and Friendspart of The NYT Cooking Series featuring an eclectic roster of local and national chefs. A piece of Nashville’s “hot chicken” empire will make its way to Miami with a Lunch hosted by Hattie B’s taking place at SGWS Wynwood. Lunch hosted by Cédric Vongerichten and Tyson Cole at Wynwood hotspot, Uchi, will showcase both chefs’ layered approach to multi-cultural cuisine as they deliver a menu with fresh, exotic flavors of the East. Pablo Zitzmann and Wilson Tang will team up to host a Dim Sum Brunch at Coral Gables outpost, Zitz Sum, recently awarded a Bib Gourmand by The Michelin Guide. Close out the weekend at the North Beach Bandshell with an extravaganza of epic proportions – Drag Brunch hosted by David Burtka and Neil Patrick Harrisfeaturing Miami’s very own Athena Dion and the queens from the R House Wynwood’s show-stopping weekend drag brunches. Following the brunch, will be the first annual Tea Dance and Drag Show hosted by Kalen Allen with a special performance by Thelma Houston, the Grammy-winning Motown legend who’s slated to perform a set of chart-topping hits alongside the one and only Symone, season 13 winner of RuPaul’s Drag Race.

The Festival’s crown jewel, Tribute Dinner presented by Capital One and part of The NYT Cooking Dinner Series, will take place on Saturday, February 25 and honor the outstanding accomplishments of the culinary community’s beloved and iconic Alex Guarnaschelli, along with Alexandre Ricard of Pernod Ricard. 2018 Tribute Dinner honoree, Bobby Flay will serve as the Master of Ceremonies for the evening and a stellar cast of chefs including Eric Adjepong, Antonia Lofaso, Scott Conant, Ayesha Nurdjaja, Duff Goldman and Geoffrey Zakarian will serve up dishes to pair perfectly with some of the finest wines from the Pernod Ricard portfolio.

To date, the Festival has raised more than $34 million in support of its educational mission to cultivate future leaders of the hospitality industry at the Chaplin School of Hospitality & Tourism Management at Florida International University (FIU). Between SOBEWFF® and its sister NYCWFF, more than $48 million has been raised to benefit the respective charities of each Festival. Beyond the funds raised, both Festivals draw attention to the vibrant dining cultures of their respective cities, provide economic stimulus in their communities, and serve as a platform to drive awareness and engagement for a wide array of philanthropic activities.

The complete line-up of events for the 22nd annual Festival is now available online at sobewff.org. Stay up to date all year long by following along with the #SOBEWFF hashtag on Instagram, Twitter and Facebook.

Posted by Foodaholic at 6:36 AM